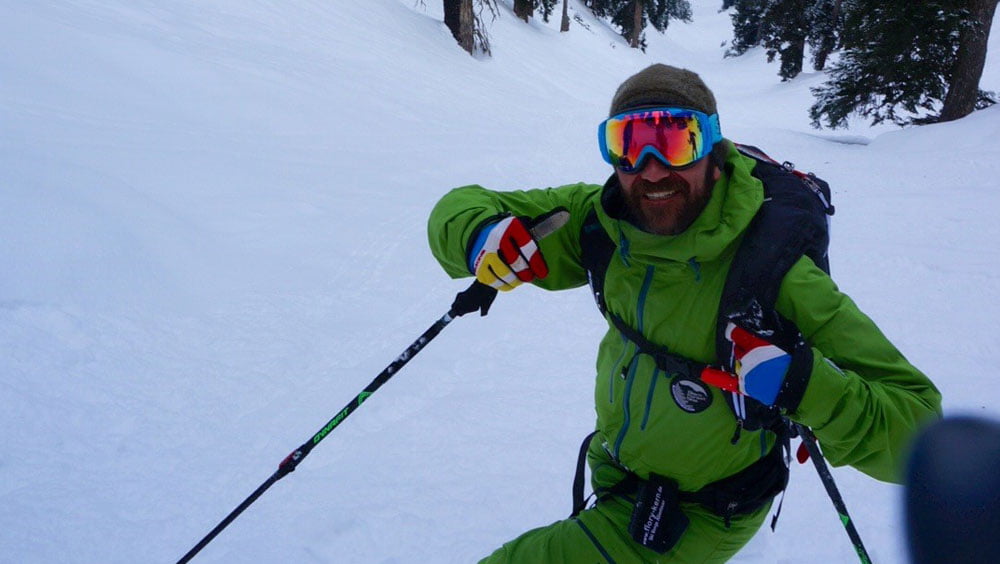 THE SKY'S THE LIMIT FOR THE GERMAN ADVENTURER

German founder of Black Forest Skis, Florian Kohlbecker is a force to be reckoned with. Not only is he a semi professional skier with a passion for heli-skiing, but his talent as an architect and his knowledge of carpentry has lead him to develop incredible, unique, skis – all handmade in Germany. He’s been a ski fanatic since he could walk. And what better way to test out his skis than to explore the untouched powder in some of the most breathtaking places around the world.

His company, headed by Flory Kern has also paved the way for heli-skiing travel experiences, in some undiscovered terrain, to offer keen like-minded skiers an opportunity to book great adventures. Some incredible hot spots include Georgia, Siberia, Kashmir and Kamchatka, in Russia. Kamchatka was a military, restricted zone until the end of the 1990s and travellers were forbidden to go there. Florian and his friend Flory Kern were the first western Europeans to take a ME-8 Helicopter and explore the region, and in 2002 they were the first heli-skiers to test the powder. In 2017, they were also the first people to heli-ski in Iran for over 25 years. They went there on an exploratory trip to see what the experience would be like for commercial heli-skiing holidays. Florian says, “When talking about Iran, we don’t think about skiing, mountains or snow right away. Negative reports about this beautiful country are constantly in the news. However, everyone who has been to Iran have only positive things to say about the people, the nature, including the wild mountains, and the feeling of safety in the country. In February 2017 we had our first pioneer heli-ski trip to Iran – it was made possible with the right contacts and a professional helicopter company, which made the trip a highlight.”

Florian was born in Karlsruhe, Germany. He comes from a long line of architects. His grandfather was legendary industrial building architect Karl Kohlbecker and his father Prof. Christoph Kohlbecker is also an architect. After Florian’s turn in the army, he trained as a carpenter before moving into engineering and architecture and becoming part of the third generation of his family to join Kohlbecker Black Forest Architects in Germany. His love of skiing took a back seat, until he became a ski tester for a niche brand in the late 1990s in Chamonix. From there, his passions became more professionally linked. He always loved race skiing so he saw a great opportunity when he founded the handmade ski brand Black Forest Skis in 2006.

Q. What’s your first memory being on the slopes?

Q. At what age did you start skiing? What made you want to learn how to ski?

A. I was three years old when I started to ski. When I was six, my mom took me to a local ski club where she was a member. She brought me with her to the championships and I skied that day. After the whole experience it was crystal clear that I wanted to be a skier and win races.

Q. Tell us when you launched Black Forrest Skis and what made you do it?

A. My brother and I planned a trip to the Sochi 2007 Winter Olympic Games in Krasnaja, Poljana. It was my brother that had the idea to create limited edition skis as a thank you to our clients. I went to a friend who knew how to develop skis and I asked him to show me how to do it. As I was an architect, my understanding of the technical design was a great benefit for the task at hand. I had studied carpentry for such a long time. For our first collection we made 15 handmade skis, made from 100 per cent white ash wood, glass and carbon fibre. I made them for Russian buyers. The following year there was a demand for 100 skis to be made.

Q. What makes your product so unique?

A. Our skis are made from the best materials. We work with a factory that put together the perfect balance between natural and modern (advanced technological) material. The slow-grown, hand-picked ash wood is strong and sturdy – an ideal core material to make skis. It’s the best product to reduce shockwaves produced on the tip of skis. With ash wood, the shockwaves don’t reach your toes so you won’t lose control of your skis, no matter what speed you’re going. The top sheet of the skis (in most cases) are a wooden veneer that is oiled four times. Many clients request bespoke skis. We’ve made so many different designs: a portrait of Bud Spencer, mountains as a backdrop, and comic book heroes. On top of these designs we’ll seal it with wooden veneer on the surface.

Q. How did your love for heli-skiing begin?

A. When I was in the army, I was a mountain ranger stationed in the Bavarian alps. My troop would often get picked up by a massive transport helicopter, the NH-90. We’d sometimes get brought up to the mountains by convincing the pilots to fly us to the peaks where there was untouched powder snow. Fortunately, the commanders in charge also loved the great outdoors, so they were lenient when we got caught. Imagine there were no tracks hiking on the untouched powder snow, so they knew we took the helicopter to get there – but they quickly forgave us.

Give us your top heli-skiing destinations:

1. Kamtschatka, Russia for its incredible skiing opportunities between active volcanoes. You can ski for 2,000 metres to the ocean.

3. Shemshak in Iran was a once in a lifetime chance to visit such a beautiful country. Teheran lies 1,800 metres high and has a cabin going up to around 3,600 metres. I went with Flory Kern in 2017, but there aren’t many ski operators organising trips there.

4. Mestia, Georgia had a UN heritage village south of the highest mountain in Europe, the Elbrus. The mountains were perfect and there are two great little resorts there Gudauri and Tednuldi.

5. The most amazing trip was in the Kashmir Himalayas. I was with my two old friends HP Kuner and Flory Kern. It was spectacular, the breathtaking mountains up to 6,000 metres, and close by was the silhouette of the 8,051 metre high Broad Peak. We also loved tree skiing in the old cedar wood forrest, which was over a century old. It was unreal!

A. Get fit. Check your gear and relax. It’s so easy to ski the powder and it’s not done with power and force – it’s done with passion and speed!

Q. If you could sum up your life in a song title, by a certain artist, what would it be and why?

A. That’s difficult. Let’s say the song “Männer” by Herbert Grönemeyer because you don’t understand the German and I see life in a joking way, always.

Q. If you were stranded alone in the snowcapped mountains what three items would you like to have to help your survival rate?

A. Wood, matches and stew. On a serious note, you need a satellite phone in these areas, spare warm clothes and some food.

Q. Give us a memorable quote about why you love skiing…

A. “No friends on powder days.” 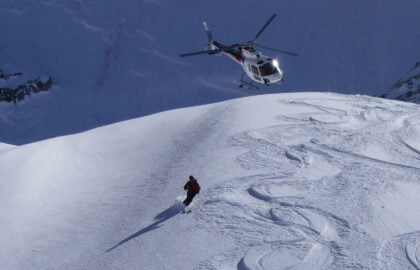 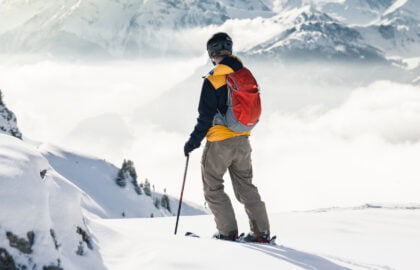 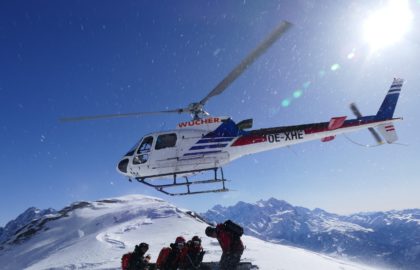 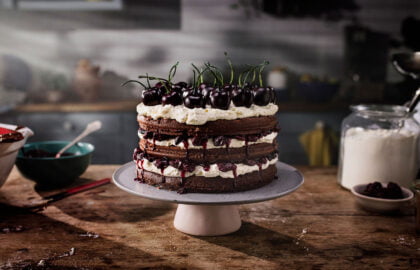 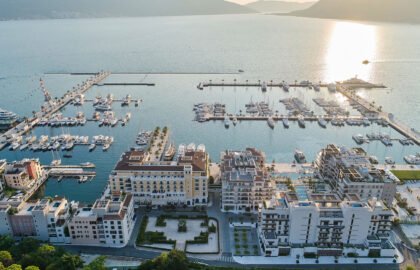 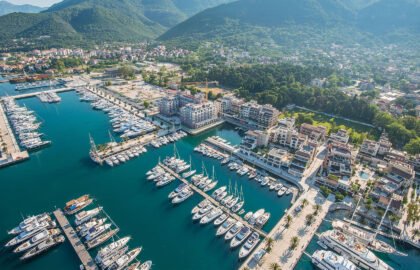