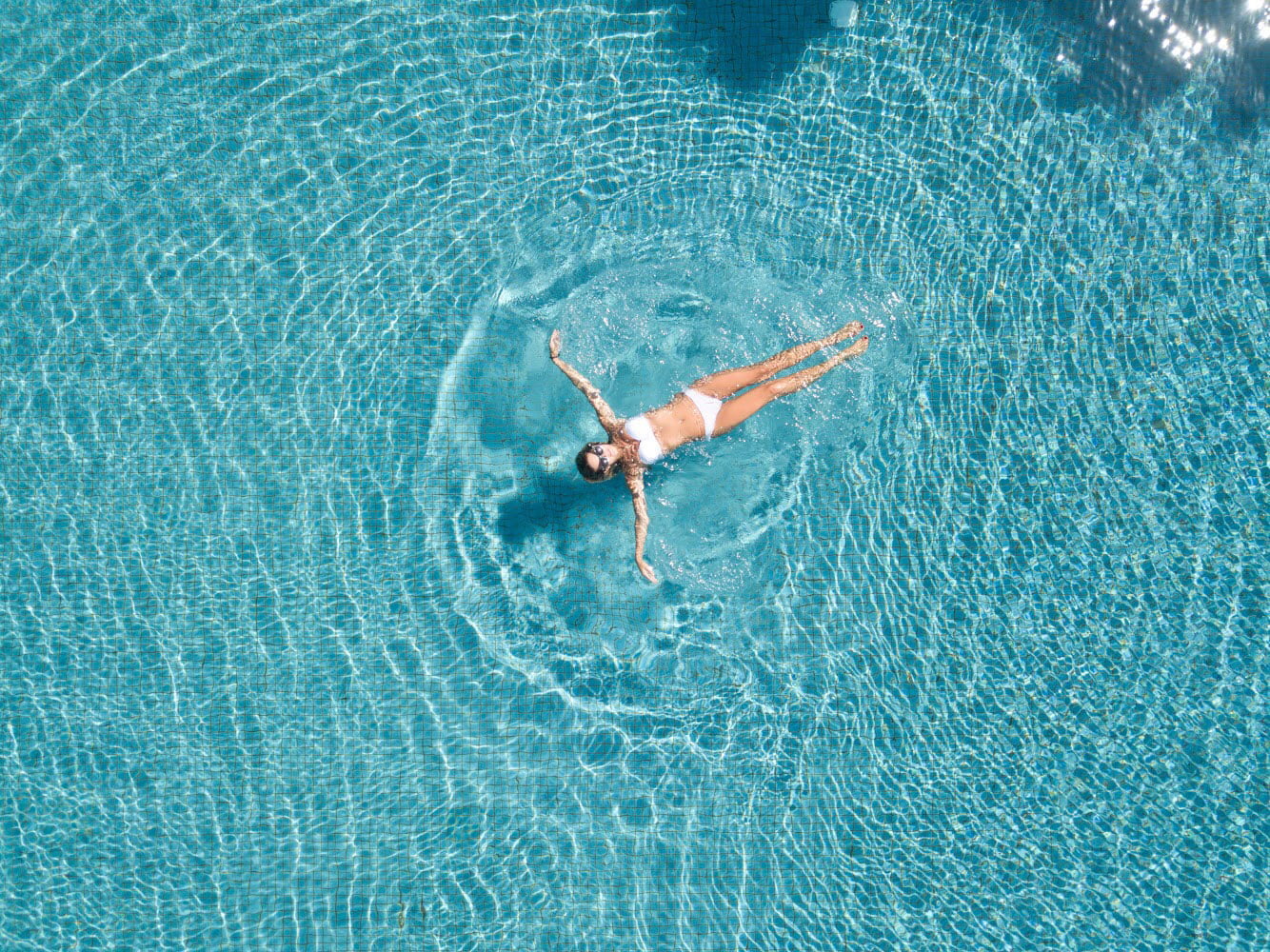 THE INFLUENCER DEDICATES HER LIFE TO SUSTAINABILITY, ECO-TOURISM AND ANIMAL WELFARE

Since COVID-19, a glut of discarded single-use masks and gloves are being washed up on shorelines across the world. According to UN reports, it can be expected that around 75 per cent of used masks, as well as other pandemic related waste, will end up in landfills, or floating in the seas. Plastic pollution was already a major concern for the planet pre-Coronavirus, which is why environmentalists like Natalie Lefevre have made it a life’s mission to protect our oceans.

Born and raised in the Seychelles islands, Natalie inherently has a deep passion to help the environment become free of plastic as well as do her part to raise awareness for the preservation of coral reefs. Natalie is also our contributing travel and sustainability editor at What A Wonderful World. The half-German and half-Seychellois businesswomen is well-known in the media and travel industry as @Island_Natalie. She’s been actively promoting her Instagram account focusing on environmental concerns and animal welfare since 2017. She’s reached a growing 800K followers to date. “I remember growing up on the beach. When there was low tide, I would see what animals like mussels, barnacles, snails, crabs, sea stars and urchins would get stuck in the tide pools,” she says. She’s always had a deep connection with nature, the environment and the ocean in particular.

“When I was very young, my family and I had to leave Seychelles because of the overthrow of the government. The original president and leader of the Seychelles Democatic Party, James Mancham, was overthrown in a bloodless coup by President France-Albert René. My father knew the first president and I remember when they picked him up for questioning – my mother was freaking out. Thankfully nothing happened to him, but some of my father’s friends got killed,” she adds. Natalie spent the rest of her childhood growing up in Bavaria, Germany and Texas until she returned to her homeland much later, once there was peace.

Natalie carved out a career in public relations and media. She was previously director of corporate affairs at Euronews NBC before she ventured into travel journalism. To add a few more strings to her bow, she’s a social media consultant to a growing number of clients, as well as chairman to the OOOF Foundation (One Ocean One Future) and an ambassador for Oceanic Global, a non-profit organisation working with the United Nations and 4Ocean, amongst many other initiatives to help the protect the planet.

Q. How did your interest in helping the planet begin? Was it something that you were aware of as a child?

A. I grew up on the beach during my childhood in the Seychelles islands. It was always my interest to connect with animals. I would sit for hours and watch a variety of animals and marine life. I’d see how they move and interact with me to gain their trust. I grew up in a tropical paradise surrounded with clear blue waters, beautiful sunset hues and mountains with lush vegetation, similar to Jurassic Park.

Q. What does conscious sustainability mean to you?

A. A variety of things, in general the carbon footprint or plastic use in your daily life, how we travel, which hotels we choose that are more dedicated to being proactive to solving the plastic pollution in our environment. I am now more conscious that I can select a sustainable hotel brand versus others who aren’t. I like to let travellers know where I visit and what sustainable options they can consider, such as refusing to use a plastic straw to remind people and organisations that it is a choice to save the planet with these little choices that can have a big impact. I’m doing my best to create awareness with my brand. I’m more passionate about this topic after seeing plastic on beaches in isolated islands during my travels. I do simple things like take my water container with me wherever I go and or bring my own bag to a grocery store instead of using plastic bags there. I’m trying my best to be fully aware of my contribution to the problem and knowing that I have choices to make every day that can either benefit or damage the environment.

Q. You’ve travelled the world over the years, have you seen much improvement with sustainability?

A. I’ve seen great improvement and more awareness with big luxury resort brands. They’ve been a big part of this positive movement to transform the old ways of tourism. I love promoting about the details about what each resort, or boutique hotel, have done to be more mindful about this topic of sustainability. I think some countries and cultures are a little slower in catching on, but I’m certain we will all get there. The goal is to get there sooner rather than later, before it’s too late.

Q. What projects are you working on now when it comes to helping the planet?

A. I’m chairman of a non-profit called One Ocean One Future based in the Seychelles, with my childhood friend Justin Etzin. Our goal is to remove plastic pollution with various projects. I’m dedicated to various other environmental charities focused on saving the oceans and marine life using my audience reach. I create awareness with social media and IGTV, for example, to inform people about environmental subjects like coral nurseries and how mineral accretion technology is used for coral reef restoration by utilising low voltage electricity to improve the health and growth rates of corals and other marine organisms. I also help promote organisations like Oceanic Global, a UN partner, and their projects. I’m an ambassador of Gold Standard, a subsidiary of WWF. They provide carbon credits to companies with proper analysis and solutions. Most of us can’t yet reduce our carbon footprint to zero. After reducing climate impact, they can support the transition to a low-carbon future by offsetting unavoidable emissions with high-impact carbon credits with certified projects.

Q. Your top hotels in the world that have made big leaps in sustainability?

Q. What message do you want WAWW readers to be aware of when they travel?

A. I think you have to have a balance in life. We don’t need to be fanatics on certain subjects, but pick and choose what you can change, like the little things in your daily lifestyle, as well as the places we visit. Those places may not be your home, but it’s home for others and therefore just as valuable to protect for future generations, and the survival of our planet.

Q. How do you think the global pandemic has helped the planet?

A. It has been the luckiest kick restart for our environment to be at peace and have time to regenerate its resources. I was so happy for our oceans and marine life when it all transpired. It is also a reminder to all of us that we move too fast and are used to so much wastage. Travel is meant to be enjoyed, not just consumed. I think we were going in that direction before the pandemic and I hope that we have all learned a little more about the value and meaning of discovering a beautiful place and learning a new culture where we connect with people to remind us how different yet also how much in common we have. Love thy neighbour is the answer.

Q. What sustainable brands do you really love?

A. Augustinus Bader skincare is my favourite skincare line. They use ingredients that are sustainably sourced and clean. Bio-engineered actives are used where possible to reduce environmental impact.

Q. Any countries or cities that really impressed you when it comes to being eco-friendly and being conscious of the environment?

A. Seychelles because of its private luxury islands concept. They are focused on inner island conservation. Costa Rica is impressive because they have launched an economy-wide plan to “decarbonize” their country by 2050. Although Bali is quite focused on health, nature and an organic healthy lifestyle, there are many areas there with massive plastic pollution. Their culture could benefit from better education on the subject of plastic pollution. 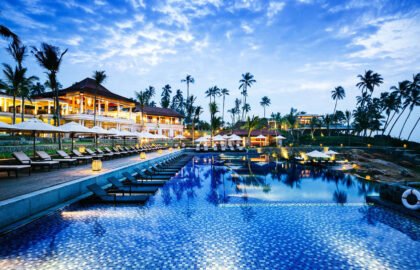 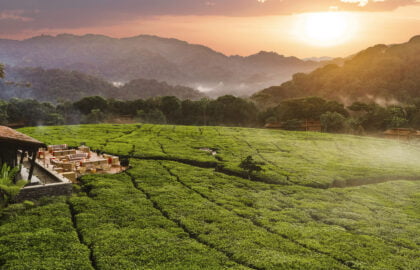 The Most Exclusive Luxury Hotels in Rwanda